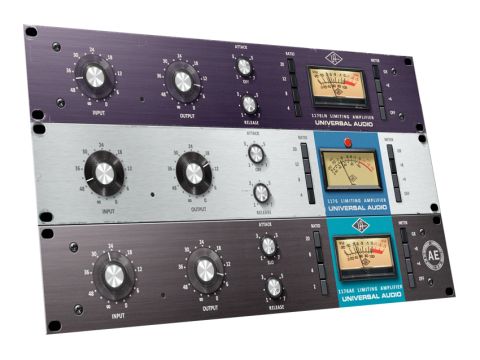 A plug-in classic to the power of three offering all the 1176s you could ever want.

It's easy to throw around the term 'classic' when discussing vintage hardware - but when a device is inducted into the TECnology Hall of Fame, you know it's made its presence felt through recording history.

Universal Audio's 1176 compressor/limiter was the obvious product, then, to launch its digital division of hardware emulations. The 1176 plug-in was released on UAD-1's platform in 2001 and, arguably, was responsible for the next decade of classic hardware plug-in cloning from a multitude of rivals.

"While UAD's original 1176 plug-in remains hugely popular, it's fair to say that this bundle's options outperform it sonically."

Updating this plug-in represents an interesting move - while its V6.2 software is the first to run exclusively on the UAD-2 platform, it's also clear that UAD is planning for the future in other ways. The company has acknowledged its plans to provide 64-bit support in the not-too-distant future, though when pressed for a date, a firm 'no comment' was returned.

The better news is that the upgrade path, when it comes, will be free to all UAD owners. In the here and now, though, why meddle with a classic?

The reason this is such a personal product for UAD is that the original 1176 hardware, first produced in 1967, was designed by UA's own Bill Putnam. Like plenty of other classic hardware boxes, the 1176 underwent numerous revisions and the most pleasing aspect of the new V6.2 release is that the 1176 plug-in has now become a collection of, arguably, the most coveted three models.

All three versions offer broadly the same control sets with prominent Input and Output dials to the left, followed by Attack and Release knobs which, in classic 1176 fashion, work the 'wrong way'.

Next to these are the Ratio controls which, in a pleasing development, can now be 'hot-rodded' to produce the 'All Button' effect known as 'British mode', whereby all Ratios are enabled simultaneously for more distorted, crunchy results. Next door are the customisable VU meters.

Eleven years is a long time in the music tech game and while UAD's original 1176 plug-in (which isn't being replaced by the new collection, incidentally) remains hugely popular, it's certainly fair to say that this bundle's options outperform it sonically.

The increased flexibility and attention to detail mean that these plug-ins can now be used in many of the ways favoured by 1176 hardware owners. If you're a UAD-2 owner, grab it while it's half-price.