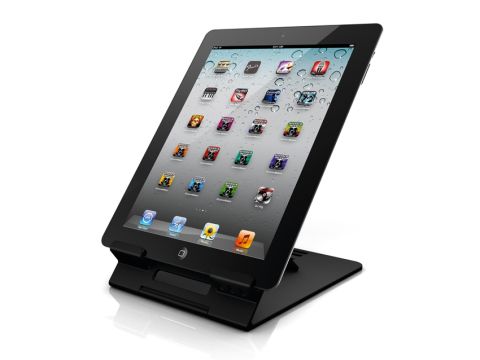 Does its job at least as well as the next iPad stand.

OK, so what we have here is clearly a rather sketchy justification for IK to release its most mass-market iDevice peripheral yet.

There's absolutely nothing wrong with that, ofcourse, but there's also nothing about the iKlip Studio that makes it any more or less studio-friendly than any other iPad stand - except, perhaps, its notable stability and the attachable clip for holding the iRig guitar interface.

With that said, it is a very good stand! Seven positioning angles, horizontal or vertical iPad orientation, rubber feet, full port/button/camera access, a speaker 'port', compatibility with all but the thickest cases and the ability to fold completely flat for storage make it a solid option for any iPad user, musician or not.