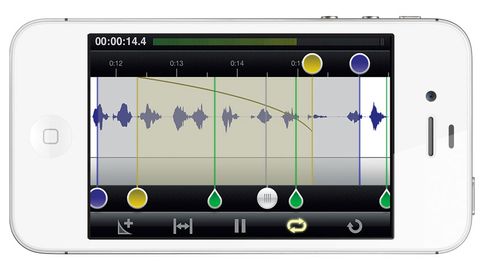 It all adds up to enough editing and signal-processing power to make your FiRe exports (to SoundCloud, Dropbox, iTunes or over FTP) far more polished than before.

Audiofile's FiRe field recording app was already a useful tool for the roving producer, but v2 brings enough improvement to more than warrant forking out the price of a pint again.

The biggest new feature is audio editing (using technology from AE's Wave Editor Mac application), enabled by turning the host device on its side.

A handful of EQ- and dynamics-based effects have been introduced (along with some new input processing presets), and analogue input gain can now be adjusted.

Plug in a decent stereo mic if the iPhone one doesn't cut it for you, and you have an incredibly capable portable recorder/editor.