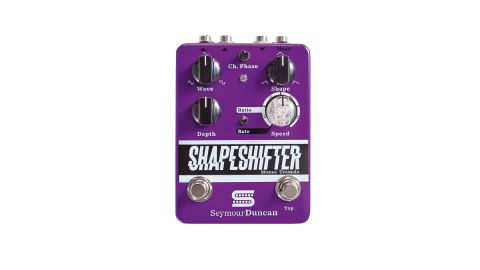 With a massive feature set, you can conjure up a wide range of tremolo sounds with this pedal.

This is a recently launched revamped version of the original that adds stereo operation and a channel phase knob that can adjust the phase between left and right output channels from 0 to 180 degrees, which results in some interesting sonic variations.

The shape of the tremolo waveform here is continuously variable from sine wave through triangle to square wave, and you can also tweak the shape, so there's load of variations - from familiar vintage tones to extreme helicopter chops.

While the depth knob works as you'd expect, you can adjust the speed in three ways - either conventionally with the knob or via the tap tempo footswitch, either as tapped or by engaging the ratio switch to dial in speeds up to four times faster than your quickest tap. The sound sits well when engaged, but there's no apparent boost and no volume adjustment.