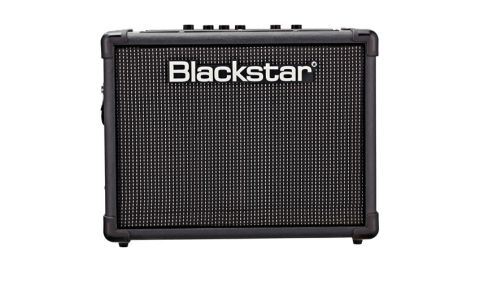 To find such features on a starter amp 10 years ago would have been pretty incredible; today, it's seemingly the norm. Despite stiff competition, the Stereo 20 can carve its niche a little deeper.

Blackstar's new ID:Core Stereo 20 combo aims to exceed the expectations of a typical practice amp. Behind the grille cloth it features two 10-watt, four-inch loudspeakers hooked up to a stereo output stage. Powering them is a stripped-down version of Blackstar's popular ID: preamp and it's all contained in a smart-looking cabinet with an integral carry strap.

The Core models are programmable, with one patch per voice setting capable of being saved on the amp, but more if you use the optional FS-11 external foot controller or Blackstar's Insider software, via the USB socket. There's a tap-tempo button for manually setting delay times and a manual mode button, which takes the Core into 'what you see is what you get' mode.