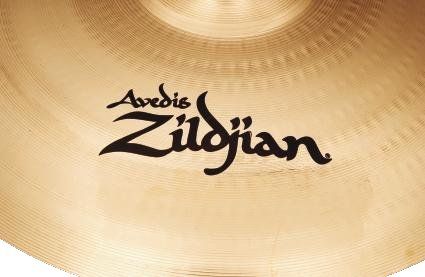 The overall feel and function of the cymbals suggests that they are not destined for the loudest of musical situations. The instant punctuation they provide is suited to the sort of tight, funky drummer who requires precision over power.

Zildjian's A Custom series of cymbals were developed as a contemporary interpretation of the company's timeless Avedis series cymbals. Rather than being an abrupt departure in sound terms, they were intended to offer drummers another cymbal voice, but still a classic Zildjian one.

Combining radical rotary hammering techniques with thin to medium weights, brilliant finishes, and research and development assistance from drumming wizard Vinnie Colaiuta, the A Customs were well received and have become a popular line.

The A Custom Fast splashes and crashes represent a further update on the A Custom sound and of course offer another set of crash and splash choices. While this doubles up the options of splash varieties across all three sizes, for the crashes it means that there are as many as four different styles of A Custom crash cymbal in some diameters (crash, Fast crash, Medium crash and Projection crash).

Such choice is undoubtedly a good thing, enabling you to mix and match different cymbals into a truly personal selection. Whether your nearest shop is accommodating enough to stock every listed cymbal on any given day is probably another matter. The cymbals are cast from Zildjian's proprietary formula which roughly breaks down as 80 percent copper, 20 percent tin and traces of silver.

Zildjian claims that it is not so much the ratio of these ingredients, but the way that they are mixed together that makes the cymbals uniquely Zildjian. Since being established by Avedis Zildjian in 1623, the process remains virtually unchanged. The exact recipe still remains a closely guarded secret, to the extent that access to the melt room in Zildjian's factory, where every one of their cymbals begins life, is only ever granted to two employees outside of the Zildjian family.

The cymbals all feel pleasantly thin but are not especially pliable and bear similar working details, namely lots of neat lathing bands. The lathing is uninterrupted from the centre hole to the edge of each cymbal. Small hammer marks are visible beneath the lathing belts and these are again arranged in tidy, closely formed clusters.

A similar profile, consisting of a gentle taper leading down from the bell, is shared by all the cymbals. The 18" crash possesses a slightly more pronounced bell than the other models, but conforms in all other visual aspects.

Quick as a ﬂash

The cymbals are described in the Zildjian catalogue as having a brilliant finish and have been buffed to a warm golden hue. The lathing inﬂuences the surface detail to the degree that the sort of mirror smooth finish worn by other A Custom cymbals is not possible, but they do reﬂect light very efficiently. Under stage lights the lathing bands encourage a shimmering effect which is magnified when the cymbals are struck.

Splashes are, by their very nature, inherently fast cymbals, so the three new Fast splashes seemed like a logical place to start. They are available in diameters of 8", 10" and 12" and all are described as having the quickest decay of any Zildjian splash. The 8" is, need we say it, blindingly quick. Its thinness does endow it with an interestingly low note beneath the opening splash, and the overall effect is not jarring in the way that some tiny splashes can be.

The 10" splash is very impressive, delivering a lovely mix of silvery splash and harmonious note. The 12" model opens just as rapidly and spills out a very smooth sounding attack that decays equally quickly. As with all of these cymbals, the brightness present is lacking in any harshness, which makes them sound very musical.

The splashes sit very well together, especially the 10" and 12" examples.

The crashes start immediately where the splashes leave off with a 14" Fast crash and thereafter go up in 1" progressions to 18", making a total of five models. The 14" crash is still extremely quick but its larger size does mean it sounds bigger and more rounded than the splashes. It is, without a doubt, quite high-pitched for a crash, but as with the splashes, there is nothing shrill or brittle about its tonality.

Moving up to the 15" crash brings a slight lowering in pitch along with a small increase in volume and the cymbal merges well with the 14" model. The step up to the 16" is an altogether louder proposition. The pitch moves down pleasantly and the cymbal has authority, but is well balanced, tonally sweet and still very fast.

The 17" and 18" models notch the volume up further with each extra inch and accordingly possess a little more clout. Though they are still impressively quick and refined in their opening attack, a deeper and more reverberant note is contained within the swell. Once the initial wash whizzes away, the cymbal is still vibrating - all of the energy is snaking around the circumference trying to escape.

The undercurrent is sympathetic to the pitch of each cymbal, but is unmistakable against the brightness that it chases. In a live situation this trait would be hard to discern, but during quiet moments in a recording scenario it might be a distraction.

Zildjian's A Custom range is full of crisp and sophisticated sounds, and the addition of the Fast splashes and crashes continues very much in this vein. The complexity of creating especially fast cymbals is evident among the bigger sizes, where an undertone begins creeping in, and in this respect it's the smaller diameters that work best.