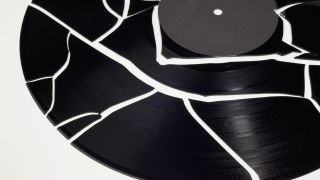 Mark Clayden knows his way around the music business as a performer, record label owner and educator. For a full list of his accomplishments, see the end of this article. But for now, brace yourself for some home truths in part one of Your Music, Your Business, his new no-nonsense series for MusicRadar.

I’ve written some simple, free, bite-sized, no bullshit blogs on how to get ahead as an artist or musician. You can read each blog in less than 90 seconds. My honest and helpful tips will get you and your music further faster.

I won’t make you famous, but I will make you better.

Why releasing an album is a waste of time

So, does this sound familiar? ”I’m gonna record an album, get famous and tour the world.“

As much as I hate to be the bearer of bad news, you’ve got more chance of opening a real life unicorn farm and ending up with your own TV show on Netflix. Let’s just leave the rock and roll dream somewhere in a cheesy Hollywood movie and move on.

It’s time to smash that myth and let it go…

1. “But, if I release an album, I’ll get discovered”
Before any record label, publishing company manager or booking agent will come anywhere near you, they will expect you to have a strong national and international following on social media as well as live, and they will be looking for big, big numbers on your streaming channels. The only way to make the industry sit up and take notice of you is through hard work and being clever.

2.  “But my favourite bands always release albums”
Yes, they do. That’s because your favourite bands have hundreds of thousands if not millions of followers and therefore can do whatever the hell they want to: be it release a triple concept record on llama coloured vinyl or write a release a musical for Broadway with the ghost of Jimi Hendrix.

3. “Okay then, I’ll record an album and pay for it myself”
No, please don’t. You’ll just spend a year of your life putting everything you’ve got financially and emotionally into the album for no-one to care about it, or even know it exists when you release it to deaf ears.

4. ‘Right, well, I’ll release my own album myself on social media, without a label”
That’s nice, but after you’ve sent the links to your small group of friends and shown it to your mum, you’re still back at square one.

5. “Okay smart arse, what do I do then?”
Focus on releasing singles ONLY, here are five good reasons why...

5 good reasons to release singles ONLY

1. Workload
Just think about how much time you would spend on writing an album. Traditionally that would be 12 tracks plus bonus songs or B-sides. That’s around 16 tracks. It can take artists over a year to write and cull songs for an album.

An album is like a tasting menu, where each song has its exact place on the record. It’s a painstaking task. Writing a single can be liberating. Some of the world’s best singles have been written in an hour, in an evening or after getting home from the pub.

2. Speed and Content
Releasing singles gives you the opportunity to release what you want, when you want to. This puts you light years ahead of bigger bands with labels, managers, press agents and marketing teams, who slow them down.

Releasing singles also means that your online content keeps growing rapidly. For every single, make sure you accompany it with a video. Videos don’t have to be big money productions, just make sure they’re engaging.

3. Relevance
Only releasing singles means that your songs will be in touch with how you’re feeling in real time, which definitely wouldn’t be the case if you were writing for an album that wouldn’t see the light of day for another year.

Your songs can and will also be relevant to what’s happening out there in the big bad world.

4. Lock and Load
To save money professionally record a bunch of singles at the same time. This means you can easily plan a schedule of single releases across a period of a few months.

This will give you the time and energy to focus on pushing the songs into the public eye: on streaming sites, across the internet and on your social media platforms, giving you more chance of being noticed, whilst building your fanbase.

5. Actually Get Reviews
Releasing a full album and hoping for any press, never mind positive press, is like giving someone a nine hundred page novel and then five minutes later asking them what they thought of it.

As a relatively unknown artist dropping a full album is just way too much for any reviewer to digest. Make it simple with a single and leave them wanting more. You’re lucky if a reviewer will listen to more than sixty seconds of your track, so cut the odds right down by giving them less than four minutes.

Who is Mark Clayden, then?
Mark Clayden is the founding member; songwriter and bass player for Pitchshifter and This is Menace.

He has:
• Written, recorded and released eleven albums across eight record labels, including Geffen, MCA and Sanctuary, working with world-renowned producers such as Dave Jerden and Simon Effamy
• Toured over 30 countries at stadium level, including Australia, USA, Japan, Canada and Jamaica, with artists such as Iggy Pop,Black Sabbath, Public Enemy, Faith No More, Queens of the Stone Age, Incubus, Metallica, Deftones, Limp Bizkit, Korn and Ozzy Osbourne
• Performed on the main stages at Reading Festival, Vans Warped Tour, Download Festival, the Big Day Out and Ozzfest
• Recorded radio sessions for John Peel, Radio One and XFM
• Secured publishing deals with EMI, including placement of songs into Hollywood films international television shows, adverts and video games
• Founded, ran and managed his own record label, PSI Records
• For more info on Pitchshifter, see facebook.com/Pitchshifter.uk