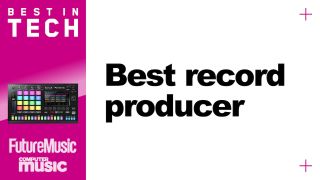 This one is straightforward. Who is that seems to turn everything they touch into gold? Who's tracks have dominated the charts? Which of our list deserves the title of best record producer of 2019?

This category is all about taking a moment to recognise the names that often eschew the spotlight in favour of the studio half-light. We're talking about those who write and produce some of the world's biggest hits, yet can still pop to the shops without getting mobbed. Vote now to let us know who you think deserves the title.

Want to vote in other Best in music tech 2019 categories? Have your say here. Voting closes at midnight on 4 December 2019.