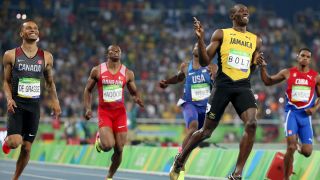 In this month's issue of Computer Music, the team show you how to supercharge your production habits, with practical advice on how to turn your works in progress into completed tracks. They even put their money where their mouth is, and create an entire track - from start to finish - in under an hour.

First off, it's a fallacy that you must always put in a huge amount of time and effort to ensure a masterpiece. Spending days or weeks creating your work can be part of the process, sure, but you need the experience to know when it's appropriate.

We've all lost ourselves in tweaking the same four bars for so long that all perspective is lost. Your best musical ideas can end up overproduced, with you getting bored of them before you've even fleshed them out. At the other end of the scale, t's also very possible that you'll waste time on ideas that are only average, unable to let go and move on because you've invested so much into them already.

A streamlined workflow keeps your production process moving in the right direction, though. As you know, inspiration comes and goes, sometimes in the proverbial flash… and if you're not ready to bottle it up when it strikes, that magic could be gone forever! With an agile workflow, you can keep up with your own creativity and prevent this from happening.

Keep up the pace and you'll also finish more tracks in less time. The more tracks you complete, the more experience you gain in the later stages of mixdown, arrangement, mastering and general track-finishing. That 'final 10%' of the production process is arguably the toughest, and the only way to master it is with practice - that practice is hard to come back when you're stuck in eight-bar loop land.

More tickets for the musical lottery

A factor that many aspiring producers don't realise is that producing hits is a real numbers game.

While top producers seem to release banger after solid-gold banger, you have no idea how many sub-par, unreleased tracks they went through to get there. It's rumoured that ambient/acid/IDM wizard Aphex Twin has an absolute mountain of unused material kicking around. And then there's late pop legend Prince's famous vault, reputed to hoard thousands of hours of unheard music.

Now, it's impossible to comment on the quality of this stuff, but the point is that both artists are so prolific that they're bound to strike musical gold now and again. Not everyone's a Prince or an Aphex, but pros know that by producing plenty of material, their chances of a hit improve massively.

Finally, it goes without saying that the 'fast-track' mindset isn't always appropriate. There are times when hours of tedious graft are required. Even then, though, you can stay fresh and focused using time-management techniques.

The sweet sound of failure

It's always discouraging when things don't work out. You want that insane, speaker-tearing bass that sounds like a gorilla ripping a lion's head off… but yours is like a flatulent robot wasp letting rip. You shoot for an off-kilter drum groove… but yours sounds like a box of percussion falling down a staircase. You finish the track anyway, praying for a mastering miracle, which - of course - never occurs. The result? Another musical fail, and serious doubts about your gear and talent.

A natural response is to invest more time per track, but this could result in diminishing returns. Here's an example: Tim just made a bad track. So he decides to spend two months on his next opus. Toni also dropped a clanger, but she aims to finish a song every week anyway. Two months later, Toni's got eight songs and Tim's got just one. But each has put the same total amount of time into music production. Tim spent eight weeks on one track, while Toni spent a week on each of her eight. Toni learnt from each track, to help improve the later ones. And with only a week in between each, her skills stayed sharp. A contrived example, but you get the idea.

Perhaps the bigger point, though, is that failure is not the enemy, as many high achievers know. Motor car magnate Henry Ford said, "Failure is simply the opportunity to begin again, this time more intelligently." Thomas Edison - who produced thousands of non-working prototypes before inventing a working lightbulb - put it thus: "Many of life's failures are people who did not realise how close they were to success when they gave up." Failure is arguably the secret to success, then, and by working faster, you may well run into it more often. Hurrah!

In Computer Music 235, there's loads more advice to help you cross the finish line. It all culminates in the Quick-Fire Track-Builder section, in which a whole track is created in just one hour. Check out the playthrough of the final song below, and see the tactics that were used to get it done across 19 pages and 9 videos, all part of CM235!