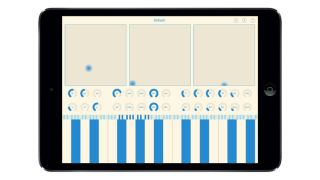 Voxen: not as realistic as a lead vocalist, but less egotistical, too.

To be clear, this isn't an app that accepts lyrics and then sings them back to you: it acoustically simulates a glottis and vocal tract and gives you realtime control over the resulting sound.

There are three banks of knobs for control over the voice, voice envelope and formants, and three XY touchpads, too. MIDI and Audiobus support is said to be in the pipeline.

More specs are below, and Voxen is available now on the Apple App Store for the introductory discount price of £5.49/$7.99.