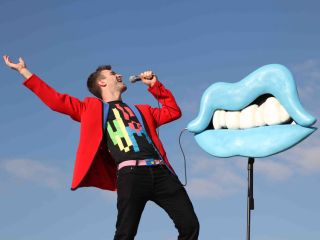 Tim Exile should need little introduction to those who like to keep up with modern dance production. Not only has Tim spent the last few years releasing electronic music on some of the UK's most respected labels (Warp Records, Planet Mu) but his innovative, Reaktor-based live show has seen him team up with Native Instruments to develop plug-in effects The Finger and, more recently, The Mouth.

To take part in the jam Exile is asking fans to record and upload sounds using SoundCloud's newly updated iOS app which he will then manipulate, mix and work into the music.

Sound complicated? Well Tim has been kind enough to record a short video explaining what you need to do to take part, watch it below. The jam session will be streaming on Tim Exile's site tonight from 7pm.