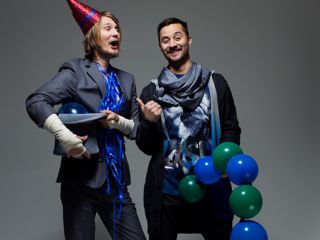 Röyksopp's Happy Birthday has already been declared the Hottest Record In The World Right Now by BBC Radio 1's Zane Lowe, and has been downloaded over 45,000 times from their official site. It's available for a limited period of time.

Happy Birthday is the band's first new material since the release of their acclaimed 2005 album The Understanding. The duo's debut album of 2001, Melody AM, sold in excess of one million copies.

So: Happy Birthday Röyksopp. Get the track now: a new Röyksopp website is due to go live 5 January 2009.