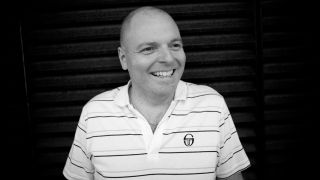 James Hockley will be hosting sessions in London and Manchester.

Playing keyboards since the age of 13, James started his professional career as an engineer at Alien Studios, London, in 1996. He worked with producers such as Markus Dravs (Bjork, Brian Eno, Coldplay) and Jason Perry ('A', McFly, Kids in Glass Houses).

Under the name of SJB, James Released Rush Hour on Ministry of Sound in 2007. This led to him joining Chicane, where James produced and wrote the Giants album, as well as co producing the Number 7 hit Poppiholla. James has produced remixes for William Orbit, BT, Armin van Burren and Frankie Goes To Hollywood.

James Hockley will be hosting sessions at both legs of Producer Sessions Live, which take place at SAE Institute in London on 7-8 September and SSR Manchester on 28 September. This hi-tech music event is brought to you by Future Music and Computer Music and offers tutorial sessions, gear demos and essential advice for up-and-coming producers.

Ahead of the event we asked James Hockley to tell us about his gear, working methods, musical heroes and what he'll be focusing on during his Producer Sessions Live session.

"It's based around a Mac Pro which is awesome because it can handle pretty much anything. I used to have a 32-channel Soundtracs Megas console (which I wish I had kept), but I now have a MOTU 828 which handles all the inputs and outputs for me, and I control it from my CME VX6 master keyboard with moving faders.

"I like to be quite hands-on, so I also have a Novation Nocturn controller, which I use to control plugins. I also have my NI Maschine Micro that has become my centrepiece for all drum and rhythm programming.

"I have all sorts of toys, too, such as the Korg Kaossilator and Monotron, and a cool cartridge system for the C64 called Messiah, which turns it into a MIDI synth/sequencer/drum machine."

"My Roland JX-3P. It's the easiest synth I have ever had to program awesome sounds on! It's very hard not to like what comes out of it; it has all the depth for bass, and thickness for pads. It's just great! I have used it on my remix of Wende-Nude for BMG and the last two tracks we have done for Collabor8-music (more about that later!)

"This has to be the Arturia Jupiter-8V. It was always a synth that I wanted but could never afford, and now I have the plugin version I use it for basslines, pads and arpeggiator patterns. It's so easy to program!"

"I actually use two. I was always a Pro Tools head, but started using Logic when I joined Chicane. I then used Logic for pretty much everything, and am actually Apple Certified in it.

"I use Pro Tools for more pop sessions because it tends to be the platform everyone else I work with in that world uses. But for my own music I usually go to Logic. I have lots of presets set up in the plugins, and that makes it faster for me."

"If I could have anything? That would be an SSL E or G series console. I trained on a G series desk and have done a few mixing sessions on an E series, and something happens when you drive things through the channel EQ, channel compressors and that magic buss compressor! Somehow it's not quite the same with the plugins."

"Sidechain compression. When I heard Call on Me by Eric Prydz something just clicked and I completely understood how putting a kick into a compressor sidechain would create that pump effect. I have used it on everything since."

"When I first started I was very much into music by Jean Michel Jarre and also bands like the Pet Shop Boys - I liked anything electronic really. My production heroes are Jimmy Jam and Terry Lewis, those guys are legends. Today I am a big fan of Chris Zane, Daft Punk, Madeon and Deadmau5. I am still working out how those guys do those things!

"Listen to everything with the thought of 'how would I do that?' and then try to recreate it. It could be an effect or a sound - try to work out how it's done for yourself. Spend as much time as possible working with other people - you never know what you might pick up."

What track would you love to have the stems of for a remix and what would you do with them?

"This is a tricky one. Do I choose a classic track or a fairly modern one? I have probably done the classic track with the remix of Frankie Goes To Hollywood's Relax that I did with Chicane - that would be right up there. But Daft Punk's Get Lucky could be mixed with a great electro bass, thumping drums and some of those great JX3P sounds."

What will you be showing people at Producer Sessions Live?

"I have a brand new project to talk about at this year's Producer Sessions. It's a new record label designed to encourage fresh talent to remix the tracks, which will then be released as part of the final package. I'm very exited about it, and will have great opportunities for everyone attending my sessions in London and Manchester."