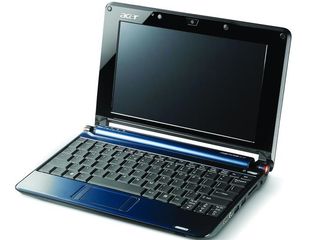 If you're a U2 fan who owns an Aspire One, be careful.

Acer's Aspire One is one of the tidiest netbooks currently on the market, but if some of its users are to be believed, it has a rather unusual flaw.

According to Engadget, several owners of the 8.9-inch version of the machine have reported that if you play music through its built-in speakers at full volume, there's a very real possibility that you might damage the hard drive.

The glitch was discovered when an Aspire One owner tried to blast out U2's Hold Me, Thrill Me, Kiss Me, Kill Me, and is said to have been replicated since. Apparently, it only affects machines that contain a standard hard drive (rather than a SSD).

The word is that the problem is caused by excessive vibration and/or magnetic interference from the right speaker. I can result in errors and even data loss.

It's not clear whether playing any music at full blast should be avoided or if it's just U2 that the Aspire One doesn't like, but don't say you haven't been warned…