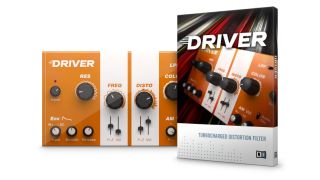 Native Instruments is giving away a free distortion and filter plug-in as part of the company's annual festive giveaway.

The plug-in, called Driver, is available as a free download from Native Instruments' official site until 31 December. It combines distortion, filter and modulation functions into a three-in-one sound-reshaping tool.

According to NI, Driver is set for release as a $49 Komplete effect in early 2013.

Alongside that plug-in NI is offering DJs five free Remix Sets for use in Traktor's Remix Decks. The packs - Transistor Punch, Drop Squad, Hollywood Crunch, Ethnic Percussion and Deep Groove - are also available until 31 Dec from the Native Instruments site.