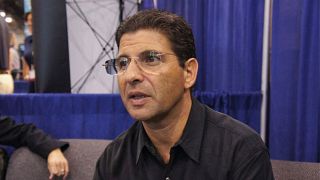 Waves' Mick Olesh: "The objective is to create plugins that encompass years and years of the engineer's experience"

One of the original plugin developers, the Tel Aviv-based Waves are responsible for so many classic software compressors, EQs, maximizers and other effects that we wouldn't know where to start listing them. We pinned VP Mick Olesh down for a quick chin-wag…

Many of your plugins emulate classic audio gear. Does this pigeonhole them into being used for 'classic' music production? What do they have to offer people in other fields of audio?

"We've found that these emulations are used by a very broad spectrum of users, from beginners to high-end engineers in every field of audio, be it studio, live, broadcast etc. Our recently released Abbey Road Reverb Plates plugin is one of the strongest sellers ever and is being used in every musical genre out there."

You've released a number of one-knob 'do-it-all' plugins What's the appeal of these processors in the days of the command-console compressor and the flight-deck frequency analyser?

"There are a vast number of genres and music styles, songs, productions and users, from high-end users to mid and beginners. Each genre and user deserves a tool that ultimately serves their needs.

"There's an increase of young talent that understands the need for a toolbox of plugins that would differentiate them from one another. We provide the brushes and paint for each individual to create their colours and drawing. The simple and user-friendly controls of these types of plugins are the perfect tool for novices, all the more so as the plugins' simplicity never comes at the expense of quality."

You've worked with plenty of pro producers to create Signature Series plugins. In making these, do you work with the producer to reproduce 'what they use', or do you attempt to make their ideal processor - ie, 'what they want'?

"The majority of engineers and producers (which we call 'artists') are Waves users. In many cases, the interaction works both ways. They have ideas that they forward to us, or we open a discussion with them. We then proceed by developing a relationship.

"Usually, the objective is to create plugins that encompass years and years of the engineer's experience and know-how, together with a processing chain derived from the best gear out there.

"So the reply to your question is 'both': we make their ideal processor and a meticulous reproduction of their unique sonic statement and signature sound."

Your first foray into the world of synths - Element - came after 20 years in the plugin effects game. What have you learnt from making it (and Element 2), and can we expect further instruments from you in the future?

"Since Waves is known to be analogous with the highest standard in sound processing, to become involved in the [musical instrument] market is a natural progression for us. Following the success of Element and the Waves Codex wavetable synth, we have an exciting and impressive line of upcoming instruments in the pipeline…"