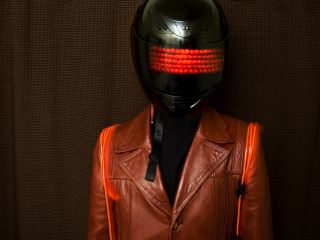 We've seen various people try and create their own versions of Daft Punk's famous helmets, but Casey Pugh looks to have done a better job than most.

He's now posted a time-lapse video of him building the helmet on the internet (he wore it as a Halloween costume this year), and this shows just how much work went into it.

"It's a 16x5 LED matrix installed inside a cheap motorcycle helmet I found on Amazon," explains Casey. "I used the Arduino [open-source electronics prototyping platform] to program all the animations.

"The LEDs are on cardboard, so I punched holes between every single LED and some larger slits around the sides in order to see out."

Take a look at the video here.