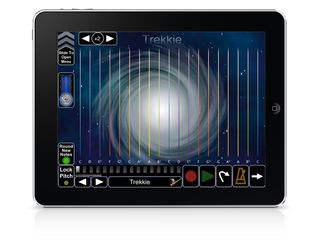 It's been quite a few weeks for Dream Theater. First, drummer Mike Portnoy quits the group after 25 years; then John Myung is voted the greatest bassist of all time by MusicRadar users; and now keyboard player Jordan Rudess has won a Best Music Creation app prize at the Billboard Music App Awards.

The recognition comes for Rudess's work on Morphwiz, the innovative performance instrument that he developed with Kevin Chartier for iOS. Commenting on the award, Rudess said: "I believe the iPhone and iPad multitouch platform opens up a whole new world of electronic musical instruments. We're proud, honoured, and humbled that MorphWiz, the first major offering from Wizdom Music, has received Billboard's prestigious industry recognition.

"I want to thank everybody for making this happen, as I believe in this technology and that devices like the iPhone and the iPad play an important role in the future of music-making."

Rudess is certainly a keen advocate of the iOS platform, regularly praising other developers' music-making apps. Only this week he posted a video showing Hige Five's new Aura Flux in action.

Make sure you check out MusicRadar's round-up of the best iPad music making apps, of which Morphwiz is one.