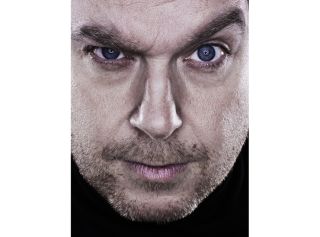 With his first artist album, Open All Hours due for release on January 27th, Marcel Woods is gearing up for an extremely busy 2012.

We got in touch with him to find out about making the new album, touring in 2012 and
collaborating with the boys from Showtek.

Hi Marcel, tell us about the making of the new album?
"I have been working together with Walt [from Showtek] for about 11 years now. First, I was his mentor/tutor in the studio, but that has changed around now... Haha! Both the Showtek brothers are working with me now and we are a trinity when it comes to music. So we had some fun creating the album! But we have our studio based beneath our office and this is how we have been doing it for many years. It's a constant evolution in creating and fine-tuning EDM in all formats."

What were the most significant pieces of software and hardware used for the album?
"Our Sony mixing console is always used in this process as it gives out such a unique sound. For sequencing we use Cubase and tons of software, for hardware we work with class-A equipment such as Avalon compressors and EQ's."

How would you describe the sound of the album?
"Short version is: Musical Madness! A bit longer version is: If it feels right, it's a definite that we are going to use it for the album. But to try to speak in music terms: It's big house music with house, trance & electro elements in it."

What can we expect from Marcel Woods in 2012?
"More music is what you can expect after we blast out the album, and a constant tour. This month with Asia and Australia coming up. In February; Gallery, Holland, Czech Republic, Slovakia, Poland, etc etc…"

After being in the studio making the album, what studio technology would you love to see invented before you make another album?
"A sandwich/coffee machine that hands over the coffee or whatever your wish is at the point it pops up in your mind!"

What would be your advice to electronic musicians trying to break through in 2012?
"Be unique, make it sound big, make it for a wide range of people and tell the whole fucking world about it."

If you could only take one album on a desert island, what would it be and why?
"It would be one empty disc, so I can create in all silence and in a good atmosphere, my own second album and record it on that empty disc."

Who do you think is the best producer in the world right now and why?
"Hmmm... There's a few names. My all time legend is Marco V and of course my boys Showtek. Not that many people know they [Showtek] are working together on music with one of the world's biggest DJs. So start to Google people... Also, Jordy Lishious aká Jordy Dazz is a solid producer that will explode in 2012!"