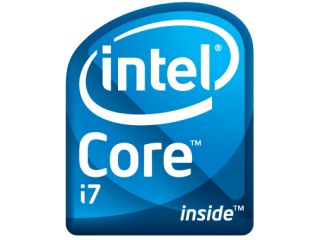 Expect to see the Core i7 logo everywhere next year...

Intel has revealed that its next generation of processors will be called Core i7. The company had previously been using the codename Nehalem.

The Core i7 chips will feature a new microarchitecture that promises to deliver both high performance and energy efficiency. Production is expected to begin in the fourth quarter of 2008.

Commenting on the announcement, Intel's executive vice president and general manager Sean Maloney said: "The Core name is and will be our flagship PC processor brand going forward. Expect Intel to focus even more marketing resources around that name and the Core i7 products starting now."

Expect to see desktop and mobile versions of the Core i7 processors filtering through to the mainstream in 2009.