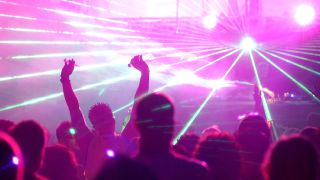 While we at MusicRadar will always adamantly rebuff the tired old criticism that 'all dance music sounds the same,' it's hard to deny that certain members of the big room EDM sect have a habit of overusing the same sounds.

It's hardly a new phenomenon. Numerous summers have played out across Ibiza and the festival circuit in a similar manner: one track will become a huge summer anthem thanks to a distinctive hook, or 'drop', and suddenly hundreds of other tracks emerge that use that exact same sound. And it's not exactly a pattern that's limited to mainstream house music either.

To highlight the point though, Swedish DJ duo Daleri have produced a minute long mash-up, titled Mashleg, comprised of the 'drops' of 16 tracks currently sitting near the top of Beatport's electro house and progressive house charts. The results are both amusing and fairly remarkable - it's a blur of identikit percussive leads and beefy claps, and it quickly becomes genuinely difficult to differentiate between one track and the next. Listen below to hear for yourself.

It's worth noting that Daleri themselves aren't exactly a pair of avant-garde boundary pushers. The duo are very much part of the big room house circuit; themselves producing notably drop-focused tracks, some of which have been released on the same labels as artists used in their mash-up.

Speaking to Spin the pair defended their productions, claiming their music "is more like complextro, and a lot of things are going on in the drops, which I think is different from the songs we put in the mashleg." We'll leave you to listen to their music for yourself and make your own judgement on that one.