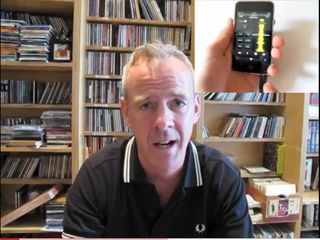 Fatboy Slim is the latest artist to put his name to a mixing app for the iOS (as we're now supposed to call it). It's available to buy now from the App Store priced at £1.79.

The app features 14 tracks from the Brighton-based big beat maker, including exclusive new album cut Machines Can Do The Work.

You can watch Fatboy Slim, AKA Norman Cook, showing you how to use the app in the video above, though you might be left with the impression that you're seeing a man using and describing it for the first time.

Don't be too surprised, though: the software comes from the Touch Mix stable, which has already spawned Deadmau5 and record label-themed apps. This being the case, we can be pretty confident that Cook has lent his name rather than development skills to the project.