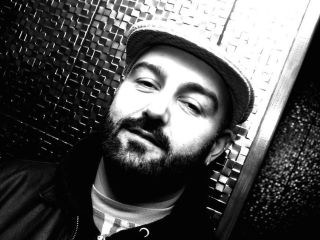 DJ EXPO 2014: First rising to prominence in the early 1990s, DJ and producer Craig Smith has worked his way up to being held in high esteem by peers, the industry and fans alike. Collaborations with The Revenge, along with a slew of electronic gems released under his own name as well as 6th Borough Project, have kept Smith right at the heart and soul of UK dance music.

For DJ Expo 2014, we caught up with Smith to shoot the breeze on getting, and maintaining a club residency, how to 'hold' the dance floor, and the importance of casting your net wide musically.

What do you believe is the main ingredient you need to have as a DJ?

"Honesty and integrity. Really, that's all you need. Your choices always have to be pure and you have to be doing it for the right reason. That's how you get longevity, I think. Always stay true to what you're really into, whether it's working or not working."

How has the DJ landscape changed over the years?

"Obviously technology has gone from two Technics to turning up with your memory-stick or being able to play live off a laptop. There's all sorts of angles on it now, which, to be honest, I embrace some of it even though I'm still pretty straightforward when I DJ.

"For me that's the biggest change. When I started out, dance music wasn't as woven into the fabric of everything as it is now. People weren't growing up wanting to be DJs - they all wanted to be in rock bands. Dance music is everywhere now - in adverts and films.

"In the early 1980s, you felt like you were going to do things that the rest of the population didn't have a clue about…I'm sure youngsters probably feel like that today, too, but there wasn't any coverage back then. The internet has changed everything."

And what about advancements in DJ technology?

"Back in the day, I was always looking to do something different so I embraced the idea of wanting to expand from two decks. I started incorporating my MPC into things, triggering effects or little acapellas, so when CDJs came out I thought they were incredible. In the days of vinyl it was always about getting that test pressing or promo, and I'd have stuff from producers where I'd have the DAT so I'd have to get an acetate cut, which costs a lot of money and it degrades.

"When the CDJs came in my first thought was, 'I can play unreleased stuff and demos'. The more I used the CDJs, the more I enjoyed travelling to DJ. As much as everyone goes on about the holy grail of just playing vinyl, what's the point in travelling half the world and maybe losing records in transit or getting them stolen? Or you get to the gig and find there's something wrong with the tone-arm?

"The stage after CDJs is obviously Traktor, Serrato and the like. I see the benefit but it was one step too far for me because it's bringing more stuff in. I'm into technology but I don't want something else that can break. I want to DJ as freely as possible so that my thoughts and my feelings are in track selection, not worrying about if a needle's gonna jump or a laptop's gonna crash."

Which CDJs do you prefer?

"Well, obviously the newest ones are the better ones [laughs]. I've got to the stage where I'm using memory-sticks quite a lot. I'll take CDs with me as so that I can play from funk to disco to house to a bit of Techno to whatever. That's difficult to do when you're carrying records! Again, though, using CDs became a bit too much. It's nice having them as a back up but I'm treating the memory sticks as a couple of crates of records."

6th Borough Project - Do It To The Max

Is it important to have an interest in music beyond the immediate dance music sphere?

"If you're young and you follow what we do, you can follow it backwards as well. That's what I did when I got into DJing. I think youngsters should naturally want to reference backwards, and not only backwards but outwards too. Go out with dance music, per se, in its many forms.

"I can't understand somebody who makes dance music, and plays dance music for a living, coming home and listening just to dance music… That shows no depth to me. As a creative person, you can get inspiration from the most abstract things and not solely from listening to dance music. I think that makes me a more rounded producer and DJ. With technology, sometimes restrictions can be a good thing, and some brilliant music has been made on the most basic equipment, but as for knowledge of music, being restricted is not good."

You held a 10-year residency at The Honeycomb (Edinburgh). Is it harder to keep a residency fresh than it is to move from gig to gig?

"They're both good but in a different way. I was lucky because I've been in Edinburgh for so long and I've always done my thing. Having a residency is an amazing thing. That's why I started doing my party again at Cabaret Voltaire; the guys who've taken over there have really turned it around and made it the best venue in Edinburgh.

"I would love to have a weekly residency somewhere again but I don't think any club could really support that these days, simply because there's so much going on."

What's your secret to working a room?

"You've got to read people, and you've either got that or you haven't. Again, it's another thing youngsters need to learn. There are so many different aspects of DJing to learn, like choice and programming. I think reading people has to ultimately come from within…You have to really be able to feel people and understand the situation."

If you're losing a room, how do you bring it back?

"To this day, I won't play anything I don't like. However, you can feel a crowd and know which tracks are going to work. You'll maybe play a few things to ease yourself in and then you'll start to push it and see where they're gonna go. You'll always have tracks that, if you go down a certain road and it hasn't worked, you can put on and pull it back."

If you could go back in time and give the young Craig Smith some advice, what would it be?

"Relax. Seriously, just relax. Stop worrying so much about what other people think. Your choices are right, even when they're wrong. Go with that first thing in your head because wherever that thought comes from, whether within or above, it's the right decision for you. It's the biggest cliché but music is meant to be felt. If you feel it instantly, that's the one for you."

Craig Smith's new EP, Only When It Is Darkest, is available May 2014 on Teng Records. Borough 2 Borough, by 6th Borough Project, is out now on Delusions of Grandeur.