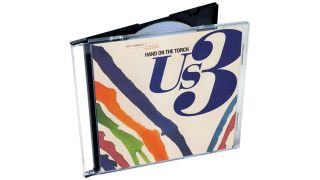 Hand On The Torch: Kind of Blue Note…

Back in 1991, sampling was a risky business. And it was in the business of becoming a business. This was before the courts had settled on some level of sanity, and greedy lawyers were pouncing on producers left, right and centre on behalf of musicians who'd had loops lifted without their consent. Geoff Wilkinson must have been bricking it, then, as he stood in the offices of Blue Note records, charged with nicking a large chunk of one of its many iconic jazz recordings.

"I was literally summoned to a meeting with them," says Wilkinson, whose Grant Green-sampling The Band Played The Boogie had appeared on the label's radar after clocking up decent play on London's Kiss FM. "I was understandably nervous about whether we were going to be sued or not," he says. "That dissolved as soon as I saw that the label guy was smiling. He loved it and said he'd sent a copy to Bruce Lundvall [President of Blue Note], who loved it too."

Capitalising on the unexpected goodwill, Wilkinson asked for an album deal and carte blanche to sample from the label's 40-plus-year-old back catalogue. Talks began. Demos were cut. And the resulting record, Hand On The Torch, would go on to be nominated for a Grammy, and earn Blue Note its first Platinum plaque.

As Us3, Wilkinson and his production partner, Mel Simpson, used the album to fuse jazz and hip-hop, looping legends like Art Blakey, Thelonious Monk and Donald Byrd, with hip, in-demand modern players like Gerard Presencer, Mike Smith and Dennis Rollins. Add to that some inspired drum programming, a club-friendly ear for hooks and standout vocals from rappers including young buck Brooklynite Rahsaan and rudebwoy Ragga MC Tukka Yoot, and you had a recipe for success.

"I said to Blue Note at the start that if we got it right it could be the ultimate fusion between jazz and hip-hop," says Wilkinson. "The album went on to sell over 2.5 million worldwide." Sure beats being sued.

Here, Us3 main man Geoff Wilkinson takes us through Hand On The Torch, track by track…

"There's only three one-bar samples of Herbie Hancock's Cantaloupe Island on this. It's built largely around a one-bar sample which drops in and out with a change halfway through the chorus, and the third bar is the last bar of the chorus.

"Rahsaan, the rapper, was only 17 when he recorded this and he was a friend of a friend. We were lucky that he was in London when we needed a rapper. He was from Brooklyn and had a kinda Native Tongues style.

"I had seen the trumpet player, Gerard Presencer, playing jazz in pubs and clubs a few times, but it was only when I saw him playing in a more funky context [with Push at The Fridge in Brixton} that I knew he was the right man for the job."

I Got It Goin' On

"This has two organ loops from Ronnie's Bonnie by Reuben Wilson. I like the contrast of the bouncing organ groove in the verses to the way he leans back on it in the choruses.

"Rahsaan and his friend Kobie, both rap on this. The horn section is Gerard, Mike Smith [tenor sax] and Dennis Rollins [trombone]. These guys were the horn section to hire at that time. Dennis plays a great solo.

"I Got It Goin' On segues out into the next track. I originally wanted to do this throughout the album, but we were under so much time pressure only a few tracks did this."

"This was mainly influenced by the vocals on the track - it's Art Blakey, taken from his 1957 album, Ritual. He was very influenced by African drumming and I thought his phrase 'the drum is the most important instrument' held up for pretty much every form of dance music. A one-bar double bass sample holds it together as Blakey talks, but the bass sample was much longer and when it lets go it changes the groove entirely. As Blakey says - 'very, very interesting'! I think we were making the point that, even though the drum is the most important instrument, different people dance to different rhythms."

"It made sense to then cut to a track where the chorus is just a jazz drum break (also a bit of a mad thing to do). At the time I thought we were being very clever using two samples from completely different tracks [Cool Blues by Lou Donaldson and Alfie's Theme by John Patton], but we ended up getting bashed for the publishing.

"I also wanted to use some samples, not just as loops running through a whole track, but as punctuation within a track. Mel plays keys throughout on this.

"I still get asked by sample spotters what the drum break is in the chorus, and no I'm not telling you… (It is on Blue Note though)."

"This samples one of my favourite Blue Note tracks - Art Blakey & The Jazz Messengers' version of Crisis. Two separate bass loops are used, along with a horn riff in the chorus. Ed Jones plays sax underneath Kobie's rap. There's also a four-bar tag at the end of each chorus, which is basically a drum break with Ed playing different things in the left and right channels each time. We flipped the stereo image of the one-bar drum sample in the tag every bar. So there's a conga fill which moves from right to left, back again, and repeats. It can be a good way to create movement when using loops."

"This is another track that wasn't based on loops - this used a guitar sample and a sax sample from two separate sources to make a 'call and response' chorus. Steve Williamson plays sax.

"I can hear the smile in Rahsaan's voice when he says, 'I may speak a scribbly boodle, but I keep on track, cos if I didn't yo, you wouldn't be sweatin' that'. He was rapping at me and Mel there, because we had a joke with him about the 'scribble scrabble dabble on the microphone I babble' line in Cantaloop. We actually had a lot of fun making this album."

I Go To Work

"I'm a big fan of using jazz drum breaks, and this is another one that no one else seems to have found! I programmed a kick and snare on it to funk it up, though.
"I also like mixing up the samples with live playing, so sometimes you're not sure whether it's a sample or not. In this case, guitarist Tony Remy plays alongside the horn samples in the chorus, and at one point even trades a bar with Thelonious Monk - ha!"

"I wasn't sure whether or not to re-do our old track The Band Played The Boogie, but the record company liked it so much they wanted us to do it again with something different on top.

"While we were making the album, Mel's studio was also being rented out on some days. I was down there one day when we weren't recording, just hanging out, and Tukka was in with some other guys. As soon as I heard his voice I grabbed Mel and said, 'Listen to this guy, it would be great mixing up a ragga voice with the jazz'; so we spoke to him about it. A lot of this was just improvised on the spot. It sounded so spontaneous and exciting that we decided to keep it raw."

"Okay, I'll come clean with this (for the first time ever). Rahsaan originally rapped on a straight drum loop for this and it's the only track where the production was completely built after his vocals were down.

"The drums are from Jimmy McGriff's The Bird Wave [on Blue Note, of course] and you can just tell Bernard Purdie's on drums from the vicious way he hits the snare! I chopped up the drums a lot into smaller samples of uneven length, then kinda glued it back together in Cubase via the Akai. I wanted it to sound like it was constantly moving underneath the rap, the antithesis of using a straight one-bar drum break (although it does come back to that in the choruses).

"I've still never heard anyone else do this. If my memory serves me correctly, Mel played the vibes and clavinet sounds on this, and I then chopped his playing up in Cubase too. Man, I still love this track!"

"It was such an irresistible rolling groove on Bobby Hutcherson's Going Down South that I couldn't resist looping this one up. Kobie captured the stoner vibe perfectly with his rap, and Ed Jones plays some great sax.

"The African-like chant in the chorus was sung by my girlfriend at the time. I just wanted a wordless chant that felt like some kind of homecoming call. To my surprise this became a kind of stoner anthem, and was a huge hit wherever we played it live, with everyone putting their lighters in the air. Strange but true!"

"Another track where I thought we were being clever using samples from two completely different sources, but yet another bashing on the publishing front! The samples were from Horace Silver's Song For My Father [one of Blue Note's most famous tracks] and Herbie Hancock's Blind Man, Blind Man, which was a kinda Watermelon Man-like track. Yes, it was clever, but I sure as hell never bothered to do anything like this again; it just isn't worth it. Tukka's tale on here is the true story of being reunited with his estranged father. The trumpet player is Gerard Presencer, again."

"Samples this time came from Donald Byrd's Jeannine [a jazz dance classic] and Horace Silver's Filthy McNasty. Although I like the aural Dadaism of something like this (and it's a huge challenge to make disparate things like this work together), the music industry doesn't know how to cope with what would now be called 'mashups' in a legal sense. Too much greed involved on the part of publishers methinks, which was the reason I stopped using samples many moons ago.

"Matt Cooper plays the piano on this, and he's actually trading fours with samples of trumpeter Lee Morgan. The weird thing about that is that Lee Morgan died before Matt was born, so they were never actually on the planet at the same time, yet here they are playing together. I like that."

"This is a straight loop of Donald Byrd's Stepping Into Tomorrow, which I thought was appropriate… Although I must admit I wasn't expecting such dark lyrics from Rahsaan, but I think it did work over the relentless menacing groove. We just added some atmospheric strings and percussion, and I love the epic strings Mel played on this towards the end. A fitting closer."