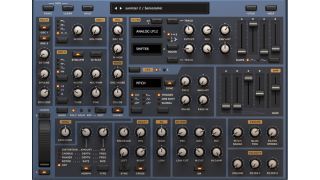 The sun has risen on Sunrizer for Mac.

It was previewed last month, and now Beepstreet has released the Mac AU version of its Sunrizer iPad synth.

Based on a subtractive synth design, Sunrizer offers two oscillators and two sub-oscillators that offer multiple waveforms, including what Beepstreet calls a "perfect emulation" of the classic Supersaw waveform. Pulse width, frequency and ring modulation are present and correct, as is a unison mode.

Next come two filters, plus two ADSR envelopes and a pair of LFOs. There are effects as well, and everything is wrapped up in a pretty straightforward interface.

Offering full patch compatibility with the iPad version, Sunrizer for Mac is available now from the Beepstreet website at the introductory price of £43/$50. A demo can be downloaded, too.