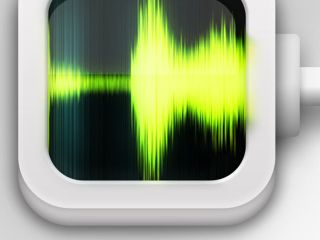 Audiobus: the logo, we assume.

It's what so many iOS music makers want: to be able to use multiple apps at the same time, mixing together the audio from each of them into a single project.

It appears that we might have taken a step towards this mobile nirvana with the announcement of Audiobus, a new "virtual mixing board and FX processor" for iOS devices that's currently in development.

What's more, it's also billed as a multi-track recorder that enables you to "record and mix the output of several apps all at once, and then publish the result".

That's about all we know at this stage, other than that Audiobus will be a Universal solution (ie, one that works across iPhone, iPod touch and iPad). Its developers are currently inviting questions from both potential users and app developers who may be willing to support the standard.

We'll have to wait and see how this system works in practice - and how it might dovetail with the burgeoning Virtual MIDI standard - but it's certainly one to keep an eye on.