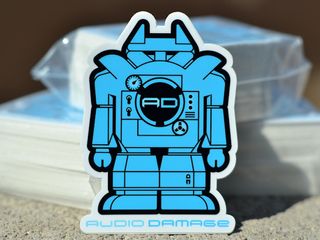 Audio Damage has something new up its robotic sleeve.

Chris Randall of Audio Damage took to Twitter yesterday to point people in the direction of an audio demo that features his company's forthcoming plug-in doing its thing.

What this is or will be called hasn't yet been revealed (for what it's worth, the demo is titled Fs qd1), but the 'before and after' clip reveals that the new effect (for that is what we're assuming it is) can certainly 'do' dubstep-style wobbles.

For Randall's part, he says: "Obviously, I don't condone this sort of thing [the wobbles, presumably], but it [the new plug-in] can do it. With aplomb, even."

Check out the demo below.