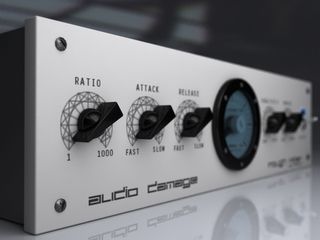 Do you have a stellar idea for a new Audio Damage plug-in?

The inventive minds at Audio Damage have been responsible for some of the most impressive and innovative plug-ins of recent years, but before it starts work on its next release, the company is seeking the input of its users.

Writing on his Analog Industries blog, AD's Chris Randall says: "Obviously, we already have a fairly good idea of what we're going to be doing, but we haven't started yet, and that means we haven't actually committed yet. So there is a chance, however remote, that your idea could be better than our idea, and we'll do that next instead."

If you are thinking of suggesting an idea, though, be aware that Chris has a few ground rules.

"For people that haven't been part of this before, posts like 'A synth!!!111!ZOMG' are stupid and no one really cares, so don't bother. We don't do clones any more, so 'you should make a clone of a Dingleberry 3000' is pointless.

"Tubes, spring reverbs, and tape emulation can't be done at the current state of DSP, at least not anywhere near something that could be considered worth a shit, and anyone that says otherwise is a balls-out liar or stone deaf, so don't bother mentioning tubes, tape, springs, or any combination thereof."

If you do have an idea that doesn't contravene any of the guidelines listed above, drop in at Analog Industries and post it in the Comments section.