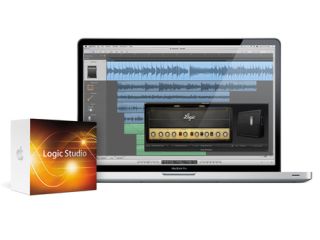 Apple has released Logic Pro 9.1, the first version of the DAW to offer 64-bit support. This functionality is only available to those who are running Mac OS X 10.6.2 (Snow Leopard) or later, though the update itself requires only Mac OS X 10.5.7 or later.

Those who can't run the 64-bit version will have to stick to the 32-bit mode, and it's also worth noting that 64-bit users will notice some restrictions. The most notable of these are the lack of MP3 conversion and no support for either REX files or the ReWire protocol.

Full release notes for the Logic Pro 9.1 update (which is free) are available on the Apple website. The company has also released a 64-bit v2.1 update for MainStage, another of the applications that comes in the Logic Studio bundle.