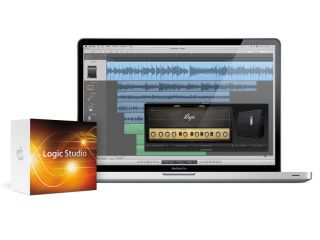 Apple being Apple, we almost certainly won't know anything about the next version of Logic until the moment it's announced. However, rumours are starting to circulate that an update is imminent.

Mac Rumors has run a story based on a report by Japanese site Macotakara, which suggests that Logic Pro X (as everyone's assuming it will be called) is close to completion. This doesn't come as any great surprise; Apple released Final Cut X, its video editing suite, earlier this year.

At the moment, speculation regarding the new software is focused not on what's going to be added to Logic, but on what might be removed. For instance, the Japanese report says that Soundtrack Pro may no longer ship with the flagship Logic Studio, and that MainStage, another bundled app, will be sold standalone.

All of this points to the fact that Logic Pro X will be sold on the Mac App Store rather than in a box - we'd put money on this being the case (GarageBand already is). That said, we wonder how this will impact on the amount of bundled content (samples, loops etc) that's included.

One final claim that the Japanese report makes is that the next version of Logic won't be fitted out with a GarageBand-style interface, which may allay at least some of the concerns of existing users, who fear that Apple may attempt to 'dumb down' their software in order to entice new customers.

Of course, we don't know how credible any of the above rumours are, but they do seem, ahem, logical.

There are more thoughts on what the future might hold for Logic over at Create Digital Music; what no one knows, however, as when we can expect to see it and at what price.