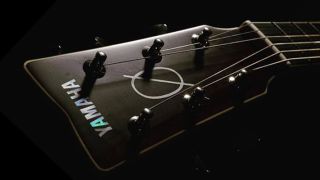 The signature edition sports Corgan’s zero logo on the headstock, a TUSQ nut and saddle, Gotoh vintage-style tuners, brass bridge pins and no pickguard. For still more desirability, 100 of the already strictly limited run of 400 guitars will ship with an exclusive Brown Sunburst finish.

"Working with Billy on his signature model is a big step in our refocus on mid-and higher-end Yamaha acoustics," said Dennis Webster of Yamaha Guitars.

"This collaboration has allowed us to coordinate the debut of his limited-edition signature model with the newly designed LJ guitars."