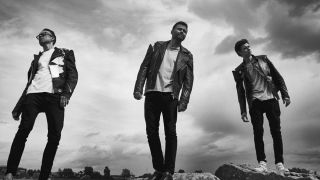 Production trio Seeb - Simen Eriksrud, Espen Berg and Niklas Strandbråten - have been busy boys over the past few years. Their mix of Mike Posner’s I Took A Pill in Ibiza was a hit around the world, and they’ve also remixed for the likes of Shawn Mendes and Coldplay.

The result is almost 1.5 billion streams of their work on Spotify alone - an impressive figure by anyone’s reckoning.

Ahead of the launch of a new EP in 2018, Seeb have released Cruel World, the first track from said EP and a collaboration with Skip Marley. We asked them to reflect on their production journey so far, and to tell us what they’ve learned along the way...

1. Trust your instincts and emotions.

“We were producing music for other people for many years before we started Seeb, so we were a bit experienced before jumping into making our own music.

“This piece of advice is maybe the one single most important thing we’re learned after looking back on a lot of different songs, projects and genres of music. It was really the thing that got us going with releasing our own music as well. If you have a strong emotional reaction to something you are working on (and are not simply hyping your own idea), chances are a lot of other people will also connect emotionally in the same way. Emotions are universally similar in people no matter where you are from and your background.”

2. Use your ears not your eyes

“This one is especially important for the YouTube generation of producers and musicians. The amount of information on music production on places like YouTube is so huge that it’s sometimes wise to remember to use your ears instead of studying videos on how to complete specific tasks when music making. Sometimes a tutorial can be a good starting point, but it’s by messing around yourself with plugins and hardware that you learn how to achieve the sounds you want – not by trying to sound like someone else.

“Also, there are so many young ‘theoreticians’ out there with videos on how to achieve a certain sound, but often these are over-complicated and also very difficult to do in real life. Sometimes, using your ears is the best thing, and not just whacking a Neve 1073 bass cut filter on a synth channel out of habit as you’ve seen someone do that on YouTube.”

“This one is by far the most difficult to do, and every producer struggles with it every day. Now, when the computers can layer up an almost infinite number of VSTs without breaking a sweat, it is important to remember that keeping it simple is the most effective way of achieving a great-sounding production.

“This also goes for the arrangement. People tend to like mathematically simple and logical patterns, so keep to a structure that doesn’t stray too much outside the ‘rules’ to keep the arrangement flowing.

“A trick that can help is to treat layers of synths like a single sound, clean up the end of MIDI notes and effects. Also, you can try something like keeping a maximum of three melodic elements playing at one time.”

“Learn how to play different instruments. It’s great to use the mouse and your computer keyboard to create music, but being able to press a couple of keys on a keyboard or strike three or four strings on a guitar is something that can take your songs to the next level.

"If you are a skilled keyboard player, try playing melodies with your left hand instead of your right. And don’t forget to record while you’re playing; the best ideas tend to come when you’re not thinking too much about what you are doing.”

“Some producers and writers like to tell everybody that they are always working and grinding, which of course is not true. Nobody can work all the time, and for the creative part of you, it is important to find inspiration someplace outside your home or studio.

"Where that is you will need to find out for yourself, but try to be open to doing things you haven’t done before. Maybe that will give you the energy and inspiration you need to create the music that is really you. Then it will no longer be work you’re doing, but something that feels more meaningful.”