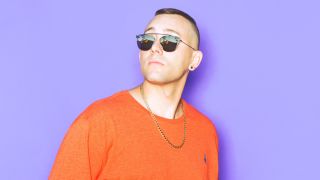 As well as releasing several albums, singles and EPs of his own, US producer Salva is an in-demand collaborator and remixer. His 2014 mixtape Peacemaker featuring the likes of Young Thug, Freddie Gibbs, E-40, Schoolboy Q, A$AP Ferg, Kurupt and Problem, and an all-star follow-up is on the way.

His latest project, Clips, is an ‘open source’ beat tape that offers fans the chance not only to listen, but also to collaborate and share. All the stems are freely available, and Salva has released a pack of his favourite samples on Splice. Clips is available now on streaming services and will be released in physical formats in September.

We asked Salva to ponder what he’s learned on his creative journey, and to come up with a five-point music-making manifesto...

1. It’s not about the beats

“Just like the little kid in The Matrix, don’t focus on bending the spoon; instead, bend the space around it.

“Music is all about tension and release, and that goes for engineering and production as well. The most minimal drum beat can have insane impact if it’s in the right rhythmic pocket, or comes in just at the right time in the song. It might not be about what the beat sounds like, but when it hits, or how it interacts with the music in the production. Sequencing, arrangement, songwriting and other attributes can make your beat amazing.”

2. Leave room for the vocalist

“If you are planning to work with a vocalist, and you are a music composer/beatmaker, remember one crucial thing - you need to leave space in the production for the performance.

“This may mean adjusting the instrumentation and arrangement - ie, maybe not having a trumpet or hard synth happening during the verse. Or this could even mean using an engineering trick where you carve out the frequency range in the beat, so a rapper can fit in the mix without it sounding too cluttered.

“Maybe you’re sending a zip file of beats to a potential internet collaborator - one reason they may not pick your track is not that it’s not good, but that there is too much stuff happening in the mix, particularly in the zone where they can hear their voice.”

“This may be a difficult first step for those electronic producers who have exclusively created music on their laptops or PCs. It doesn’t matter if you’re a songwriter, pop producer, techno artist, rap producer, EDM DJ or engineer - you can undoubtedly expand your musical palette if you at least experiment with some form of outboard gear.

“Personally, I only use outboard synthesizers now; I rarely use VST/AU synths unless I’m going for a particular sound. The reason is that each individual module, whether it’s a rackmount compressor or a guitar distortion pedal, has its own colour, flavour and personality. It’s about the way things are controlled, expressed, and automated.

“Virtual instruments and effects have come a long way, and I’m a fan of a lot of them, but nothing beats the real thing.”

“If you ever find yourself in a slump, it’s probably time to take a break - a real break. Half of my inspiration comes from being outside the studio; the other half comes from experimenting, writing, creating and collaborating while I’m there. This may mean going out and listening to music for inspiration, or better yet, doing totally non-music related activities. Force yourself to unplug or risk burning out.”

“My secret to mixing and mastering is to have a ton of different sets of monitors and listening devices to reference my music, and I learn my environments well. I do all my own mixing and mastering for my artist project, and often times for pop artists and rappers that I work with.

“You don’t need the most powerful sound system in the world to do well-balanced mixes that will sound good everywhere - grab some old PC speakers from a goodwill or rummage sale, or bring in your old house PA. See what your music sounds like on those after you’ve mixed it on your professional monitors.”