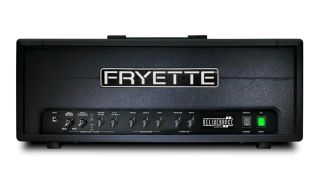 These two new Series II models now feature a Solo Volume mode that can be activated via a remote footswitch. In addition, a More Mode toggle switch activates an additional tube gain stage.

This can be assigned to the Solo Volume mode for an extra boost of gain on tap. But that's not all!

The Deliverance Series II amps also have a new Bright toggle switch that you can activate manually, assigned to the More more or activated alongside the Solo mode with the amp's footswitch.

That footswitch comes in handy again to activate the transparent effects loop.

For more information, head to Fryette.