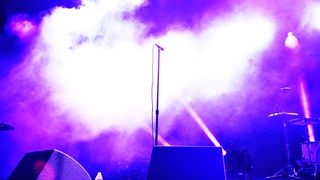 Jai Widdowson-Jones is the drummer with Hannah Williams and the Affirmations, a successful recording and touring band, famously sampled on Jay-Z's 4:44.


Going on tour is a truly strange existence. Sometimes you’re in Tokyo, eating the most incredible ramen of your life. Other times you’re in Hull, trying desperately to find somewhere to eat that isn’t KFC.

Sometimes you meet wonderful people from different cultures and learn other ways of life, thus broadening your own horizons. And other times you’re stuck in a petrol station, trying to explain why your card doesn’t work, in a language you don’t speak at all.

One night you might smash it out of the park and feel like you're on cloud 9, but then 24 hours later, everything feels flat. Are you not actually as good as you thought? Or maybe these people are just not "your crowd"...

On the road, your mind flexes its acrobatic skills as you experience varying extremes on a daily basis.

And then there's the day-to-day life itself. It is nigh-on impossible to get truly comfortable with, because it is just so far removed from normality back home.

Imagine asking your mate - you know, the one with a cushty 9-5, who has no desire to be an "artist" - if they wanted to do it, only including the brutally honest details: "Hey, how do you fancy spending a whole month not eating properly, not sleeping properly, with no personal space, not seeing any of your family and sitting in a van for hours on end?"

They'd surely laugh in your face. When you put it like that, it doesn't even sound sensible, let alone fun. And that's the thing: sharing music around the world is a privilege, yes. But it is a job - a very hard one - which requires personal compromise from those undertaking it. Just because it's not a "normal" lifestyle, that doesn't make it more "fun", and it certainly doesn't make it "easy".

The truth is, there are so many constraints put onto you, a portion of your sanity is sacrificed. The amount you sacrifice depends entirely on you, and how much respect you show yourself while you're away. It's astonishing how easy it is to slip into a bad headspace on tour. So it's important to keep your head above water while you're away.

I speak with other musicians about this often, so here are a few thoughts, stories and tips for anyone else who might be struggling with this.

The first sacrifice you have to make as a musician: working the night-shift. Shows start late at night. Musicians play, pack down, and then have only a small margin of time before travelling to the next place to do it all over again.

According to the NHS: "Regular poor sleep puts you at risk of serious medical conditions, including obesity, heart disease and diabetes – and it shortens your life expectancy." And that doesn't even account for the day-to-day stresses that are either caused or exacerbated by being overtired.

Lack of sleep is incredibly taxing and offers you an uphill start to the next day. So try as hard as you can to give your body the rest it needs, whenever the opportunity presents itself. Maybe even bear this in mind when planning a tour.

It can be tempting to book as many shows as is humanly possible, but there is a fine line between flying high and burning out, so if days-off are what you need, build them in.

It’s not just bands who suffer from this either. If you’re a crew member it can be even more gnarly. My father, Gareth Jones, spent years as a touring chef with various acts including Bruce Springsteen and Madonna.

When we compare brutal touring stories, he always wins. At that calibre of show, the chefs have to be in at 6am to cook for the rest of the crew, who start arriving from 8am. They then prepare lunch and dinner, and don’t leave until the clean-up is done.

This means on some days the catering staff are there from 6am until the very late hours. Over the course of 5 weeks, this type of schedule is borderline insane. He says he gets through it by using every day off for hibernation.

Another thing which ties into this is the party culture. For some, going on tour means heavy drinking, which eats in to sleep and rest time, and can lead to hungover days. I don't drink myself, so can't comment too much on this.

But I had a lovely chat about life on the road with my fellow drumhead, Mike Monaghan (Gaz Coombes, Young Knives, Willie J Healey) and he made some great points: "The thing about drinking on tour is that for some people, it's a stress reliever.

"There are so many stories about people overdoing it. It's about knowing your limits and acting within them. I myself like to have a drink and enjoy the company on tour, but I know for a lot of people it's easier to skip the party altogether.

"If you know you've got a heavy day ahead of you and drinking will result in an uphill struggle, it's probably better you don't. I think this is a learning curve for all musicians on tour."

3. Give yourself the space you need

Going on tour also means spending extended periods of time in close quarters with other people. This affects everyone differently, so it's crucial to know your own threshold for personal space, and beneficial to be aware of others'.

I had a very interesting conversation with my friend Saundra Williams (Vocalist with Mavis Staples, Dangermouse, Sharon Jones & The Dap-Kings) about this. We both come from opposite angles.

According to Saundra, she "Thrive[s] from being around others, and bouncing off their energy. But some tours, when you're spending a lot of time alone in hotel rooms, it's easy to rabbit-hole. So I have to make sure I'm sociable in order to feel connected.

"I also spent years touring with my best friend, and rooming together [referring to fellow Dapette, Starr Duncan-Lowe], and so I'm used to sharing my space - which I like!"

I'm the opposite. I'm a sociable person, but only when I've had enough time to be by myself and clear my head. I can feel my thoughts getting hazier the more time I spend in noisy, crowded environments, and this would be the time I'd likely rabbit-hole. On tour, the haze of the various stresses will inevitably seep in.

So whatever it is that comforts you and allows you to clear your head, acknowledge that and act upon it. For Saundra, that means reaching out and connecting with a bandmate.

For me, it means withdrawing and reconnecting with myself. Each mechanism allows you to be your best self for others, and the more often you can do that, the easier you make life for everyone.

4. Stay connected to who you are at home

Being isolated from family and friends can be hard. For some people this brings about FOMO, for others: guilt.

On a deeper level too, there's the element of your own personality that you lose when you spend so much time restrained by timings and places. This is hard to shake, but it's important to remember that it's a transient state.

Life on the road isn't real life. It's a lucid dream in which your feet never touch the ground, even though you're constantly moving. But you'll wake up, so stay present, and enjoy it while you can.

I had a lovely chat with Daru Jones, drummer and legend who plays with Jack White and Pete Rock. He spoke to me about family life versus tour life, and the need to stay connected.

We talked about how the anxieties of not being around for your family can be crushing, but Daru offered some very sound advice: "It's important to communicate often with people close to you, and touch base. This can actually be grounding for you.

"Once you know those you love have got peace of mind, it can have the same effect on you."

5. Ultimately, remember that a good headspace is what everything else stems from

The power of the mind is remarkable but it is a double-edged sword. My bandmate Hannah Williams and I talk about this frequently.

Hannah is an incredibly strong and intelligent woman, and a loving mother and wife. But the compounded stresses of touring can be overwhelming for anyone. For Hannah, the mind can be an overactive force which has negative physical effects, such as constriction of the vocal folds, resulting in a loss of voice.

When we chatted she recounted one story which sums it all up. "When we played in Paris back in 2017 that was tough. I had flown over a day early from Milan for a promo show, and on the flight I had a coughing fit.

"Even though it was fairly tame, I convinced myself that this coughing fit would stop me from being able to sing. So then I spiralled. By the time the show came round, I had gotten myself into such a bad headspace that I couldn't even talk to anyone, let alone reach any of my big notes.

"But we did the show, and had such a rapturous reception from the audience that I couldn't help feeling amazing. Suddenly I could do it all again. It was then I realised just how powerful the mind is in overcoming physical ailments".

This to me speaks volumes, because it's a real life example of mind over matter. Our mental health is of paramount importance to going on tour. We've established how taxing it is to go weeks and weeks with very little sleep, away from your family and stuck in compromising personal situations.

Just remember that your mind is the gateway to everything else, so give it as much love and care as you can.

At this point I would be remiss if I didn’t mention Thor’s Tour Rules. For anyone who isn’t familiar, it is a hilariously-worded set of guidelines for touring, written by Thor Harris. It’s tongue-in-cheek but absolutely essential reading.

It contains gems such as: "Rule No. 4 - Don’t fuck anyone in the band. There are tons of people to fuck who are not in this band. Dumbass."

Once you’ve checked that out, here are the last few nuggets of wisdom from those who know.

• Make sure you are hydrated and nourished. Eat as healthy as you can. If your body is nourished, your mind will be. Nothing else will go right If you don’t start from there.

• Get as much sleep as you can. Love on yourself, try and keep your rituals (brushing your teeth, facial care regime etc)

• Make sure you have someone outside of the band you can be in contact with to ground you in reality.  -Try not to get too much into “emotional spending”. If you have trouble spending money at home, it’ll be exponentially worse.

• If you have travel anxiety, don’t let it consume you. It’s common and just requires respect and awareness.

• If you’re religious, meditate and pray!

• Keep in touch with your family. Always.

• Appreciate how wonderful it is to tour: travelling is a gift, and sharing experiences with good friends is something to cherish

• Play boardgames! Unwind however you can. Bowling is a great way to clear the air!

• Keep a little bit of time for yourself. Make an effort to do that. Go for walks whenever you can!