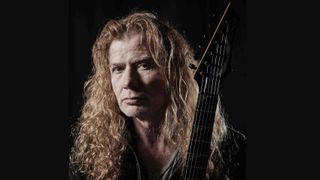 Their tour together was due to start in the US this week until it was pushed back to 2021 due to the Coronavirus pandemic, but Megadeth, Lamb Of God, In Flames and Trivium will still join forces for a special Metal Tour Of The Year streamed event on Friday (12 June).

The four bands are sharing live performances of special shows on Friday 12 June beginning at 2pm PDT / 5pm EDT / 10pm BST / 11pm CEST. The event will be hosted by SiriusXM’s Jose Mangin and will include exclusive interviews.

Trivium go in-depth on What The Dead Men Say

Megadeth are streaming their secret intimate 2016 show at Brooklyn’s St Vitus, Lamb Of God have contributed their House Of Vans gig from February this year, Trivium's choice is a 2019 show at DreamHack Dallas, and In Flames’ set comes from the first year of their own festival; Borgholm Brinner, in Sweden.

Tour merchandise will also be available with a portion of the proceeds going towards Crew Nation to help road crew during this difficult time.

For more info head over to metaltouroftheyear.com