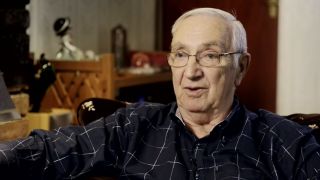 Ken Bran, one of the technicians behind Marshall Amplification’s very first amps, passed away on Sunday 25 March 2018, according to a Facebook post from the British amp firm.

Along with Jim Marshall and Dudley Craven, Ken Bran - who worked in Jim’s shop at the time - was behind Marshall’s first amp, the JTM45, which launched in 1962.

The first six production units were put together in the trio’s garden sheds, where the decision was made to separate the head and cabinet, giving birth to the stack format that came to define the image of live rock and roll.

When the likes of Pete Townshend later sought out increased power, Bran, Craven and Marshall developed the 100-watt Marshall Super Lead Model 1959, commonly known as the Plexi, in 1965.

You can see Ken discussing the birth of ‘number one’ over at the BBC.