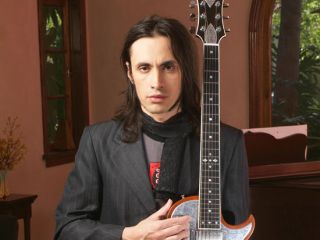 Extreme are on the verge of releasing long-awaited new album Saudades de Rock and embarking on their first world tour in over 12 years. In the midst of preparations, guitarist Nuno Bettencourt is taking time out to talk to MusicRadar next week, and this is your chance to ask the questions…

For many, Extreme are best known for their More Than Words smash hit in 1991 - visions of long, pony-tailed hair, bad shirts and swooning ladies will surely come flooding back. But Bettencourt went on to work with some of the best in the business.

In 1990, the Portuguese guitarist was honoured with the Washburn N4 Nuno Bettencourt Signature guitar, which expanded into a signature series of Nuno-designed axes still popular today.

To ask Nuno Bettencourt a question, simply add one to the comments below (you'll need to be registered and logged in to do this). We'll pick the best and ask them during the interview next week.

Big thanks for all your questions for Dream Theater's Mike Portnoy, you can hear the interview here.