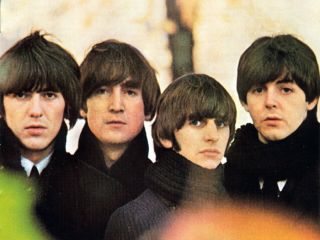 Beatles for sale? No, for free!

One lucky fan will score the biggest prize in music history: the original contract between The Beatles and Brian Epstein. And here's the best part: The Imagine Obtaining The Unobtainable Contest is open to anybody.

The contract, dated 1 October 1962, changed hands only a couple of times over the decades and was acquired for The Imagine Corporation at Christie's.

The contract is currently insured for £500,000 but is regarded as an irreplaceable piece of musical heritage.

"This competition is one of the most unbelievable events I've ever been involved in," Ted Owen, Director of Business Development for The Imagine Corporation, told MusicRadar.

"It's one thing to be able to bid on an iconic piece of music history such as this," says Owen, "but to possibly put it on the hands of anybody in the world, somebody who would never have the chance to acquire an historic item like this, it's truly spectacular."

View The Beatles' signatures on the following pages

The competition is simple to enter and is open to anyone around the world. The rules are easy to follow and can be found at www.imagine.uk.com. All players have to do is work out what they think the contract has been valued at by a panel of experts and therefore what it could have sold for if it had been put up for auction in April 2008 at a London Auction House.

And just to make you drool a bit more at this magical mystery opportunity, here's a glimpse of the actual signatures on the contract.

James Paul McCartney, along with a witness.

And last but not least...