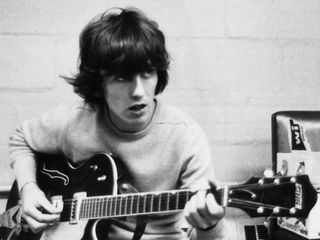 The combination of George Harrison and Martin Scorsese is the stuff of rock documentary dreams, and the good news is it's a reality that will be unspooled in October when HBO debuts George Harrison: Living In A Material World, a two-part examination of the ex-Beatle's life.

Working with Olivia Harrison and producer Nigel Sinclair, Scorsese and his production team toiled for years to assemble footage, much of it never before seen - some of which was stashed in George's cupboards.

If any director is equipped to tell the story of one of music's most towering figures, it's Martin Scorsese. His 2005 film, No Direction Home: Bob Dylan, is a modern-day classic. And then there's The Last Waltz, to say nothing of his supreme use of rock 'n' roll in countless movies over the decades.

Check out the trailer for George Harrison: Living In A Material World above.