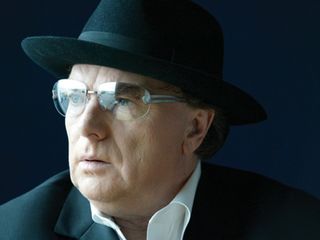 Hey, listen, we love Van Morrison. Put on Astral Weeks and we're there. But when Van the Man takes to knocking The Beatles, well, it's enough to get our fur up a little.

During a recent sitdown with The New Yorker, Morrison waxed nostaglic on the music he grew up on. When skiffle pioneer Lonnie Donegan and 'other practioners of pre-Beatles rock 'n' roll' came up, Morrison took issue with the term.

"That's a cliché," he said. "I don't think 'pre-Beatles' means anything, because there was stuff before them. Over here, you have a different slant. You measure things in terms of The Beatles. We don't think music started there. Rolling Stone magazine does, because it's their mythology.

"The Beatles were peripheral. If you had more knowledge about music, it didn't really mean anything. To me, it was meaningless."

Van Morrison then went on to tackle The King. "Little Richard was doing rhythm and blues, but with horns. It was different than Elvis Presley, and so I preferred it. Why would you like Elvis if you had the real stuff?"

Like we said, Van, we love ya. But dissing The Beatles and The King? Well, to each his own.