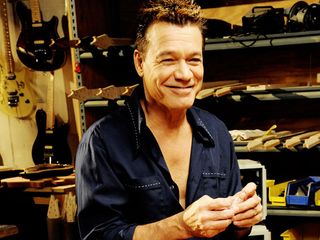 In the world of concert tour riders, it's the mothership. That's right, we're talking about Van Halen's infamous 1982 tour rider in which the band demanded that 'no brown M&Ms' be found anywhere backstage. Wacky stuff, folks.

And if you read through the entire 53-page document, obtained by The Smoking Gun, it gets wackier.

Amidst the goofy requests promoters were asked to provide the band with include herring in sour cream, four case of Shlitz malt liquor beer and one 'large' tube of KY jelly. (We're guessing to lubricate guitars strings perhaps?)

But a closer examination reveals the stuff of legend: the demand for a bowl of M&Ms with the disclaimer: "WARNING: ABSOLUTELY NO BROWN ONES!"

A method to the madness

Strange as it all seems, Van Halen actually had sound reasons for such nutty stipulations. In their view, if they walked into their dressing rooms and found brown M&Ms, then the concert promoter might have missed some more important requests, such as lighting, rigging, ticketing, etc. With their no-brown-M&M's rule, Van Halen were assured that promoters would be forced to read the tour rider thoroughly.

Of course, pity the poor guy who had to go through bags full of M&Ms and remove only the brown ones. And you thought your job sucked.

To read the notorious Van Halen concert rider, click on The Smoking Gun.