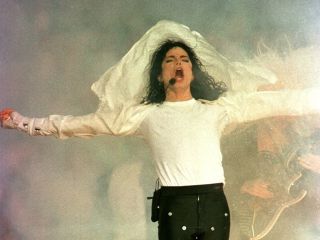 Michael Jackson's vault of unreleased material seems certain to be raided by his record company at some point in the not-to-distant future, but a snippet of one unheard song has already made it online.

A 25-second snippet of A Place With No Name was posted by entertainment blog TMZ.com; the song bears a striking resemblance to America's 1972 hit A Horse With No Name.

Indeed, America's manager Jim Morey told TMZ.com: "The band was honoured that Michael chose to do their song and they hope it becomes available for all Michael's fans to hear."

It's currently unclear precisely when A Place With No Name was recorded, but a listen to the drums used on the song suggest that it may date from the mid to late '80s.

You can listen to the song on TMZ.com.