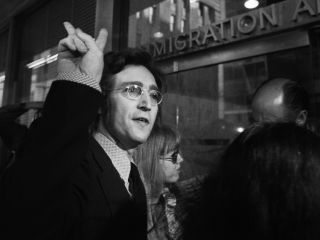 Is the 13-minute recording really John Lennon? Sure sounds like him (Image credit: Bettmann/CORBIS)

Never-before-heard audio tapes of John Lennon warming up during the making of the Double Fantasy album have reportedly surfaced.

The website Lennontapes.com has begun selling the 13-minute recording, which it claims was tracked on 19 August 1980, at The Hit Factory in New York City.

The snippets that we heard appear to be authentic. They contain Lennon warming up in the sound booth on covers that were possibly recorded by never released: Bobby Darin's Dream Lover, the doo-wop classic Stay and Elvis Presley's hit Mystery Train.

Although the rights to the audio would presumably belong to Yoko Ono, Lennontapes is selling the recording. To hear snippets and read the backstory, click here.