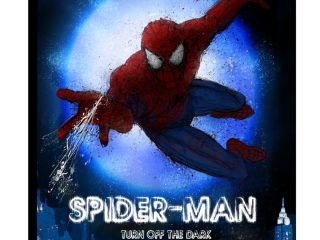 Can Bono and The Edge cast their webs on Broadway?

U2's Bono and The Edge are talking about their upcoming Broadway bow as writers for the score to Spider-Man: Turn Off The Dark - even though previews don't begin for another seven months.

In a video interview which you can see below, Bono says, "We were open to the idea of musical theater, but Spider-Man, that's a different thing again, because that's comic books, and there's a whole series of relations between punk rock and rock bands and comic books, that goes back years."

Pop culture "in a blender"

The U2 singer adds that the pair were eager "to mess with all these aspects of pop culture, put them in a blender and see what comes out on the other end."

According to The Edge, "In many ways, the audience for comic books and a rock 'n' roll band are the same. It's kids like ourselves, 15, 16, out in the suburbs. [And] it seems there's this world out there you can't get access to and the only way you can connect with it is through music or comic books or movies.

"The character Peter Parker, he's not from another planet, he's not been constructed out of some strange substance - he's a human being. He's a kid, come up through a regular high school and got bitten by a spider. Could happen to anyone."

The video appears on the Spider-Man website, which indicates that tickets for the show go on sale two weeks from today, 24 June (for American Express card holders). Everyody else can purchase seats on 12 September.