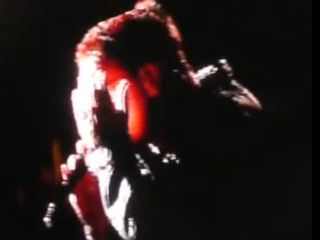 U2 paid tribute to Michael Jackson during the band's first date of their 360° Tour at the Barcelona Nou Camp Stadium by covering two of the late singer's biggest songs during an epic set.

Before playing Angel Of Harlem, which the band wrote to honor R&B pioneer Billie Holiday, Bono told the crowd of 90,000 that they were going to perform it in memory of Michael Jackson.

What no one perhaps expected, however, was that Bono would weave snippets Jackson's songs, Man In The Mirror and Don't Stop 'Til You Get Enough (sung in a falsetto!), into the extended finish.

U2 played over 20 songs during their set, career-spanning hits such as Sunday Bloody Sunday, Where The Streets Have No Name and Pride (In The Name Of Love), along with seven tracks from their recent album No Line On The Horizon.

Below is U2's setlist from their opening night: