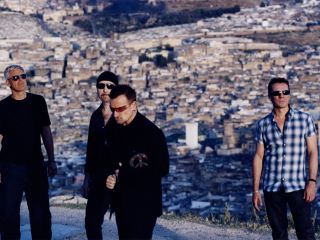 U2 - profit line on the horizon

U2 will donate an estimated €9m of their summer tour profits to charity.

The Irish quartet will give away 100% of the income from VIP auction ticket sales at up to 100 of their 2009 concerts.

Up to 600 stage-front tickets-per-gig are being sold off via auction. Minimum bids start between €95 and €1,015 to get tickets in the 'Red Zone'.

The charity-style partnership Global Fund, which helps fight AIDS, tuberculosis and malaria, will benefit from a large donation. U2's precise cut of their concerts' takings is a closely-guarded secret, but is thought to be upwards of 75%. Promoter Live Nation also takes a cut, along with the venue.

A U2 spokeswoman said: "All of U2's income raised from the auction of Red Zone tickets will be donated to charity."

A good deed, though U2's 360 tour is hardly short of income. According to the Business Insider website, the tour took nearly $20m in revenue in just one day, 30 March.

The band sold-out 219,000 seats for their first three US shows - in Chicago, Boston and New York - raking in more money on a single day than album No Line On The Horizon did in the first three weeks of its release.