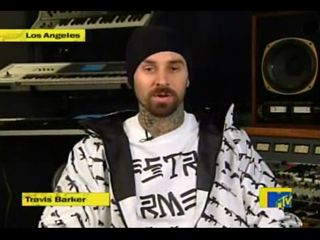 Travis Barker, drummer of the newly reformed Blink-182, will be featured on the soundtrack for Transformers: Revenge Of The Fallen.

According to Barker's Twitter page, he will be contributing to a track by Busta Rhymes on the film's soundtrack.

"Listening to a new version of a track I'm playing on for Busta Rhymes for the Transformers 2 soundtrack. Shit is jammin'."

Barker's post is the first semi-official news of the film soundtrack. Barker only recently returned to playing drums after a plane crash in which he suffered serious burns.