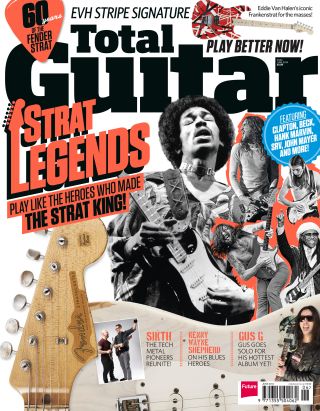 Total Guitar 254 is available on newsstands and worldwide digitally from today.

Buy a copy of Total Guitar for iOS, Android and Kindle Fire here

Elsewhere in the mag, you'll find the usual mix of interviews, lessons and gear reviews. Here's what's inside:

Sikth
Prog-metal pioneers return, and they're showing you their riffs!

Gus G
The Firewind and Ozzy main-man goes solo for his hottest record yet!