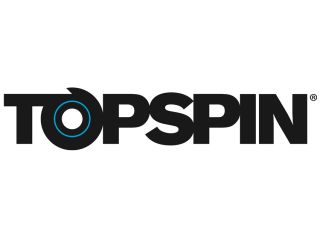 Platform solutions allowing bands to efficiently connect with - and sell to - their fans are still relatively new. And while the likes of Bandcamp and Music Glue jostle for space, it's still anybody's market to own.

"You used professional software such as ProTools, Logic, or Final Cut Pro to create your art," reads the marketing blurb. "Topspin's software provides tools to help you increase awareness, build relationships with fans, and turn those fans into customers."

There's an app for that…

You can check out the video above for a kind of case study, but in a nutshell, Topspin allows users to manage digital assets (music, videos, images, contact lists etc) and physical (merch), minus the worry of having to deal with taxes and privacy.

You can use it to book and sell tickets for shows. There's even an iPhone app to scan those tickets with at the door.

Topspin's not just for label-less artists, either. During its beta phase, established acts including Paul McCartney, Arcade Fire, Eminem and Trent Reznor have signed up, or - more accurately - have been signed up by their respective labels. The fact that Trent 'Mr Internet' Reznor is onboard should be enough to convince even the most pessimistic that Topspin is, at the very least, worthy of keeping an eye on.

Helpfully, Wired has quizzed a bunch of 'experts' about the platform's potential, and by the sounds of it, the features are indeed the broadest available. It'll cost you though; $10 per month (plus a percentage of sales), and there's no cutdown free version.

It doesn't sound much, but for bands trying to establish a living, it might well be. Let's watch this space…